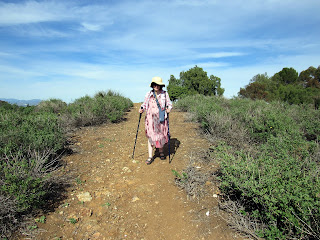 The last time we went to the Conejo Valley Botanic Garden, in with Joella and her Australian terrier Sadie, in June, 2015, they were barred from the garden because coyotes had been spotted in the garden with their pups. 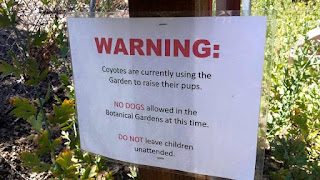 Luckily, there's a nice community park right outside the botanic garden. We eventually left them to rest while we walked through the botanic garden. Still, the highlight of the day was our picnic together, when we watched a family of juvenile squirrel frolicking and poking in and out of passageways under the concrete of a drainage ditch like Whack-a-Moles. 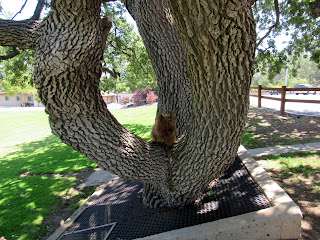 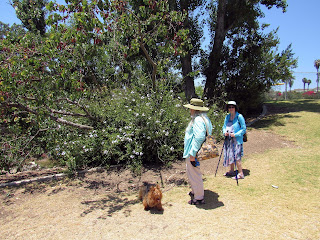 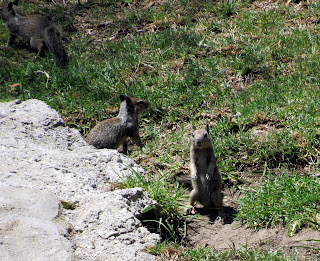 That was our second visit. The first was only the second time I had used my hiking sticks to climb stairs without rails--and these were much longer flights than those had been. Stairs have gotten so old hat for us now that Keith often doesn't even bother to take pictures of me climbing them. Sunday, while Joella walked up the ramp to the garden, I took the stairs. 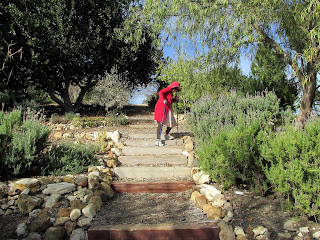 That visit was also the first time that we left my wheelchair behind at a new garden while I was using the hiking sticks. I guess you could call it a leap of faith that I could do without it.

And now I've left the wheelchair behind for good. 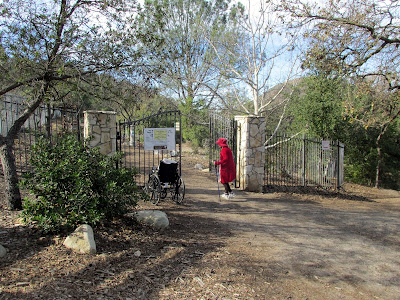