The Donald Made Them Do It 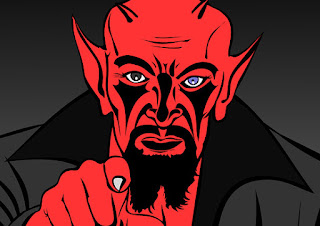 The Secular Spectrum: The Donald Made Them Do It

We've been watching the Republican primary debates. Or, should I say, we were watching the debates, since it looks like Trump will nix any more.

The last one, alas, featured no references to genitalia. And speaking of dicks, it appears that the Republican establishment won't be able to stop the hate-spewing vulgarian that is Donald Trump after Tuesday's sweeping primary victories.

But what could've laid the groundwork for the so-called party of Lincoln to go down this ugly path. Could it have been the race-baiting rhetoric of the party for the last fifty years?
Posted by Unknown at 1:03 PM