Wishing neuroscience into the cornfield 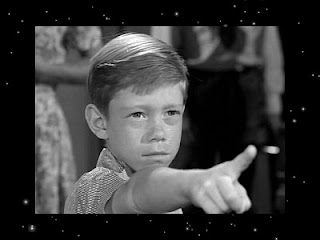 These are the words of Eben Alexander in a Newsweek article in advance of the publication of Proof of Heaven:

There is no scientific explanation for the fact that while my body lay in coma, my mind—my conscious, inner self—was alive and well. While the neurons of my cortex were stunned to complete inactivity by the bacteria that had attacked them, my brain-free consciousness journeyed to another, larger dimension of the universe: a dimension I’d never dreamed existed and which the old, pre-coma me would have been more than happy to explain was a simple impossibility.

A dimension not of sight and sound, but of mind. Brain-free, indeed.What about covert cognition? Leave aside the fact that he gives the definite impression that he was in a natural coma, when, as I've discussed repeatedly, his own treating physician said he was in a medically induced coma in the famous Esquire expose of Alexander.

Not so fast, says an NDE true-believer. According to NDE researcher Robert Mays, Alexander was in a natural coma after all. Of course, I'm suspicious of anything appearing on the International Association for Near Death Studies website, which is not exactly the Association for the Advancement of Science. Still, Mays has a few good points--especially about the Dalai Lama's remarks quoted in the Esquire article, though it was hardly an important part of the piece. But Mays does a good deal of his own cherry picking, with numerous leaps of logic and biased interpretations of his own.

But even if Alexander did fall into a natural coma, current neuroscientific knowledge indicates that his brain was still functioning. He has yet to show any evidence to the contrary. Don't tell me that cognition during comas is impossible. I had my own strange experiences during my coma, and my brain was still functional. The only difference is that he simply decided that his mind was switched off due to his meningitis-infected brain. My legionella-riddled brain was working, despite the fact that my doctors said the same discouraging things that Alexander's doctors told his loved ones. His doctors also pronounced him hopeless, but Alexander chose to believe the pronouncements and call his recovery a miracle. Our situations were quite similar, actually, except the images my brain provided were stripped of religious imagery due to my atheism and nonreligious upbringing. My conclusion was that my doctors were simply wrong.

For the record, though a Glasgow Coma Scale wasn't performed on me, my neurologist estimates, based on my hospital records, that my score at the time of my strokes would've been 6 or 8. And, remember, I was already in a coma when the strokes occurred. Alexander's score was 8. My brain was still conscious (albeit at a low level) at 6 or 8; he has no basis to claim that his brain was totally offline just because he was given a score of 8.

Think of it as an old dial-up modem (sorry, I don't mean to bring back traumatic memories). There was a long wait, but eventually my brain connected. For a while, the signal was spotty--going in and out--but eventually it stabilized and stayed online for good. And until my awakening, I was in a coma. (Actually, I think I was in a minimally conscious state by the time of my awakening, but I was still officially comatose.)

What we have here is a  fundamental difference in worldviews. Granted, he clearly knows nothing about covert cognition, but I doubt learning about it would change his mind. Far from being as scientist, he's chosen to toss out the well-established scientific understanding of brain function. Indeed, in a follow-up article on the "science" of his near-death experience, he stated that consciousness affects matter, a complete misreading of quantum mechanics. He and Deepak Chopra would be a match made in Heaven. Alexander seems to believe that you could actually wish people, or at least matter, into the cornfield. A neurosurgeon is no more qualified to engage in neuroscience than he would be to become president. Here is what neuroscientist Mark Cohen told Sam Harris regarding Eben Alexander's story:

This poetic interpretation of his experience is not supported by evidence of any kind. As you correctly point out, coma does not equate to “inactivation of the cerebral cortex” or “higher-order brain functions totally offline” or “neurons of [my] cortex stunned into complete inactivity”. These describe brain death, a one hundred percent lethal condition. There are many excellent scholarly articles that discuss the definitions of coma. (For example: 1 & 2)We are not privy to his EEG records, but high alpha activity is common in coma. Also common is “flat” EEG. The EEG can appear flat even in the presence of high activity, when that activity is not synchronous. For example, the EEG flattens in regions involved in direct task processing. This phenomenon is known as event-related desynchronization (hundreds of references).As is obvious to you, this is truth by authority. Neurosurgeons, however, are rarely well-trained in brain function. Dr. Alexander cuts brains; he does not appear to study them. “There is no scientific explanation for the fact that while my body lay in coma, my mind—my conscious, inner self—was alive and well. While the neurons of my cortex were stunned to complete inactivity by the bacteria that had attacked them, my brain-free consciousness ...” True, science cannot explain brain-free consciousness. Of course, science cannot explain consciousness anyway. In this case, however, it would be parsimonious to reject the whole idea of consciousness in the absence of brain activity. Either his brain was active when he had these dreams, or they are a confabulation of whatever took place in his state of minimally conscious coma.There are many reports of people remembering dream-like states while in medical coma. They lack consistency, of course, but there is nothing particularly unique in Dr. Alexander’s unfortunate episode.

Well said. In fact, he made many of the same points as I did in a recent post. Sam Harris is also a neuroscientist. Here's his take on Alexander's unscientific assertions: This Must Be Heaven, from which the quote was drawn. Yes, Harris is an atheist and a skeptic, and we have our own biases. But like me, he doesn't reject personal accounts out of hand. Nonetheless, the fact remains that being in a coma doesn't mean your brain in has ceased to function. Period. That is, unless you allow your critical faculties to shut down and embrace pseudoscience. Especially when you can channel it into a bestseller.
Posted by Unknown at 9:01 AM