The Zika Humanitarian Challenge for the "People's Pope" 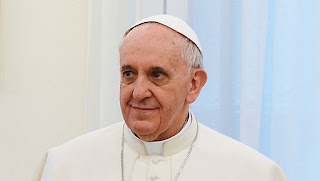 The Secular Spectrum: The Zika Humanitarian Challenge for the "People's Pope"

I have to admit that I had trouble keeping my eyes off the drama of the extremely disordered microcephalic son sitting next to his aging father, who had taken him to the idyllic Ferndell to enjoy the beauty and peace of this popular corner of Griffith Park.

We were out of sight of the father, but as I sipped my iced tea on that hot day, I kept sneaking glances at his son. I'm not proud of that, but I had never seen a microcephalic before. And his behavior was so strangely fascinating, in a heart-rending way. He kept davening his torso as he kicked his legs back and forth and moaned loudly.

Even if he didn't have the distinctively sloping head of a microcephalic, you would know there was something terribly wrong with him.

As we prepared to leave Ferndell, I sneaked one last glance at the pair. I noticed a wheelchair parked a few feet away. I felt sadness overwhelm me, as I imagined what pain his loving parents had gone through since his birth.
This scene will play out for thousands--perhaps tens of thousands--of dirt poor Latin American families whose moment of joy has--or will soon be--robbed because their babies were born with microcephaly. All because their mothers were bitten by a mosquito during their pregnancy.

It a tragedy that could be prevented by a simple policy change from the so-called people's pope, one that would prevent so much suffering of the poor on his home continent.
Posted by Unknown at 4:10 PM