Fast-tracked into the graveyard 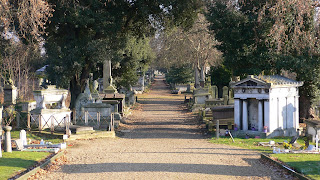 When I was in the nursing home, I drew up a living will. A doctor explained to me my various options. He said I could opt for continuing life support for eternity, no matter how hopeless my situation (he actually used the word eternity); life support with a trial weaning, where I could be weaned off the ventilator to see if I could breathe on my own, though it could be turned back on at any time if I couldn't, or a do not resuscitate order. Well, the DNR was out of the question, but I thought about the other two options.


I'm not one who dreads living on life support. As long as I'm mentally there and not suffering, I want to live as long as I can, whatever the means. Been there, respirated that. But there are situations when it doesn't make sense to keep alive a husk of a person who is truly as profoundly brain-damaged as my doctors thought I was.

At the time, it made sense to choose the trial weaning option. After all, how could it hurt to see if I could do without the ventilator?

But here's the rub, given that my doctors were so ready to give up on me, despite the fact that I was, unbeknownst to them, covertly aware. Even worse, as I've recently learned, there are even cases of people effecting full recoveries after being declared brain dead by their doctors. Brain dead. Instead of a trial weaning, would it instead be a terminal wean, as was the case for George Pickering III?

The fact is, the more I learn about the limits of what doctors know--and their inability to acknowledge it--the more I doubt that I can trust doctors to fairly evaluate my condition. Yes, perhaps my doctors might switch the respirator back on after I failed the trial. But who's going to make that decision, and what will they base it on? And can I trust that they've done all the appropriate tests in the first place? The doctors in the case of George Pickering III clearly hadn't. A simple EEG would've shown that he still had brain activity, and was thus not brain dead. What snap judgements have they made based on the odds, as opposed to my actual condition?

Furthermore, I now no longer trust that the doctor who explained my options was presenting them evenhandedly. The way he phrased my choices betrayed the way he was trying to lead me. I'm not old, nor do I have a fatal illness. I shouldn't be a candidate for being fast-tracked into the graveyard.

The more I learn, the more I'm convinced that I should go back and amend my living will...while I'm still able.

Death panels were never real, but doctors informally create them every day.
Posted by Unknown at 10:55 AM