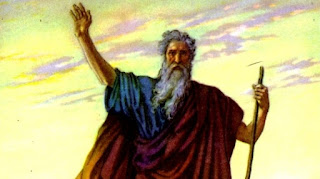 I was already an atheist, but I had begun identifying more and more with my Jewish heritage. So one year, my agnostic mother and I loaded up our grocery cart with Jewish foods from the ethnic foods aisle in preparation for a secular Passover. We also picked up a Haggadah, which I barely glanced after we took it home.

To be honest, it wasn't really a Passover seder. We dispensed with all the rituals and went straight for the food.

As I write about in the SecSpec post, I decided that the creamed pickled herring might be useful in case of accidental ingestion of a poison. The borscht, I loaded with more and more sour cream--trying to make it edible--until it looked like Pepto Bismol. But I thought the honey cake and cookies were pretty good--no surprise from someone with such a sweet tooth.

It wasn't really a Passover seder at all, and we never tried it again. Since I didn't grow up with much Jewish culture, my Jewish identity would have to come from within.

And if I never look at another creamed pickled herring, I'll die a happy person.
Posted by Unknown at 1:41 PM