Proof of Heaven or the living dead? 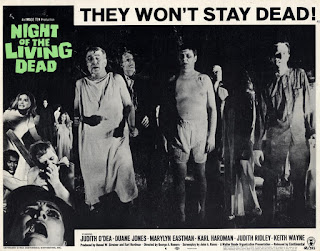 Many NDE true-believers have claimed that the reason I didn't see Heaven was I didn't die. Even cardiac arrest patients who have had NDEs weren't truly dead, just clinically dead. Or, in the words of Miracle Max, they were mostly dead. If they were really most sincerely dead, they wouldn't have lived to tell the tale. But Eben Alexander never actually died, clinically, in the Miracle Max sense, zombified, or in any other definition of the word. Here again is that instructive account from a doctor who was treating Alexander during his bout with meningitis (as quoted in the famous Esquire expose of Eben Alexander).

"And of course he was still in an induced coma," she says. "On ventilator support. They tried to let him wake up and see what he would do, but he was in exactly the same agitated state. Even if they tried to ease up, a little bit even, on the sedation. In fact, for days, every time they would try to wean his sedation—just thrashing, trying to scream, and grabbing at his tube."

Alexander's claim that his brain was basically dead during his coma simply isn't supported by the evidence. My illness and strokes put me into a six-week coma; his coma was induced and he became agitated every time his doctors tried to decrease his sedation. Surely my brain was more incapacitated than his, and it didn't cease functioning. He was mentally altered, to be sure, as I was before I slipped into my coma and every mornings before and since. But whereas my illness caused me to slip into a coma even before my strokes, his coma was induced by his doctors to control him so they could save his life. And, remember, he also claimed that he screamed out while he was intubated. I can attest from personal experience to the impossibility of that claim.
And this is what happens when brain cells die.

Fortunately, my brain damage was stopped before my "string of pearls" strokes turned into a treasure chest. When brains truly cease functioning their owners do too. This is the National Kidney Association's blunt definition of brain death.

When I was a small child, my uncle explained to me that Beethoven was deaf when he wrote his later symphonies. But I misheard; I thought he said that old Ludwig was dead when he wrote them. I puzzled over this, trying to understand how that could be. I imagined him dropping dead beside his piano, suddenly coming back to life, playing a few notes, scribbling them down, then dropping dead again...over and over.

Could this be what happened to Eben Alexander? And did he come back in order to blave, which according to Miracle Max means to bluff?
Posted by Unknown at 9:01 AM