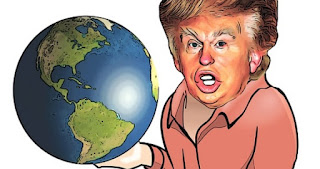 I'm still incredulous that Donald Trump would actually beg Vladimir Putin to conduct cyberwarfare against a former Secretary of State. And more than that, I'm angry, not just as a Democrat, but as an American.

Yes, Hillary Clinton is his opponent. But I can't believe the supposedly hyper-patriotic Republicans can get behind this near-treasonous behavior.

Is this really the person they want with his finger on the nuclear trigger? Does he want to hand that to Vlad the Terrible, too?