WaPo on my CoMa (article) 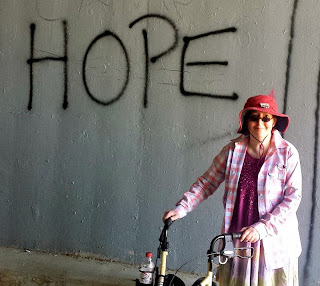 Funny, frequently profane and adamantly atheistic, Savage tosses off such lines as “The reason I didn’t see dead relatives is I don’t believe in life after death. . . . I did, however, dream of ice cream.”

This is what Washington Post writer Nancy Szokan wrote in a Health & Science section article about my Skeptical Inquirer article "Covert Cognition: My So-Called Near-Death Experience" (July/August issue). The WaPo article, which appeared both in their print edition and online, is titled, "How does it feel to be in a coma for six weeks? Like a long bad night's sleep." I can answer that firsthand. In fact, I did.

Of course, this is great publicity for my writing and for Skeptical Inquirer. Indeed, the Center for Inquiry, which publishes Skeptical Inquirer, as well as Free Inquiry, where two of my essays will soon be published, posted a blurb about the WaPo article in their Facebook newsletter The Morning Heresy. But even better, the rest of the paragraph I previously quoted, states:


In a more serious vein, she casts her story as a warning against giving up on coma victims, running breezily through accounts of studies indicating that “covert cognition” occurs in a striking number of people who have been in a persistent vegetative state for years.

So public awareness of the covertly aware--as many as one in five people with consciousness disorders--was boosted by the WaPo article, as well. And I further hope that articles like this will inform their loved ones that they may indeed still be "in there," as Kate Bainbridge put it. Too many doctors pooh-pooh the signs of awareness that loved ones observe, as my doctors did.

And, I received additional good news on the publicity front today. I also learned that the book Dr. Adrian Owen is writing--the one I will be contributing to slightly by answering his questions and sending him my hospital records--is for the popular market, not just a coterie of researchers in the field.

When his book comes out, I hope no neurologist will be able to say that they haven't heard of Dr. Owen's groundbreaking work. And no loved ones of the victims will, either.
Posted by Unknown at 4:41 PM