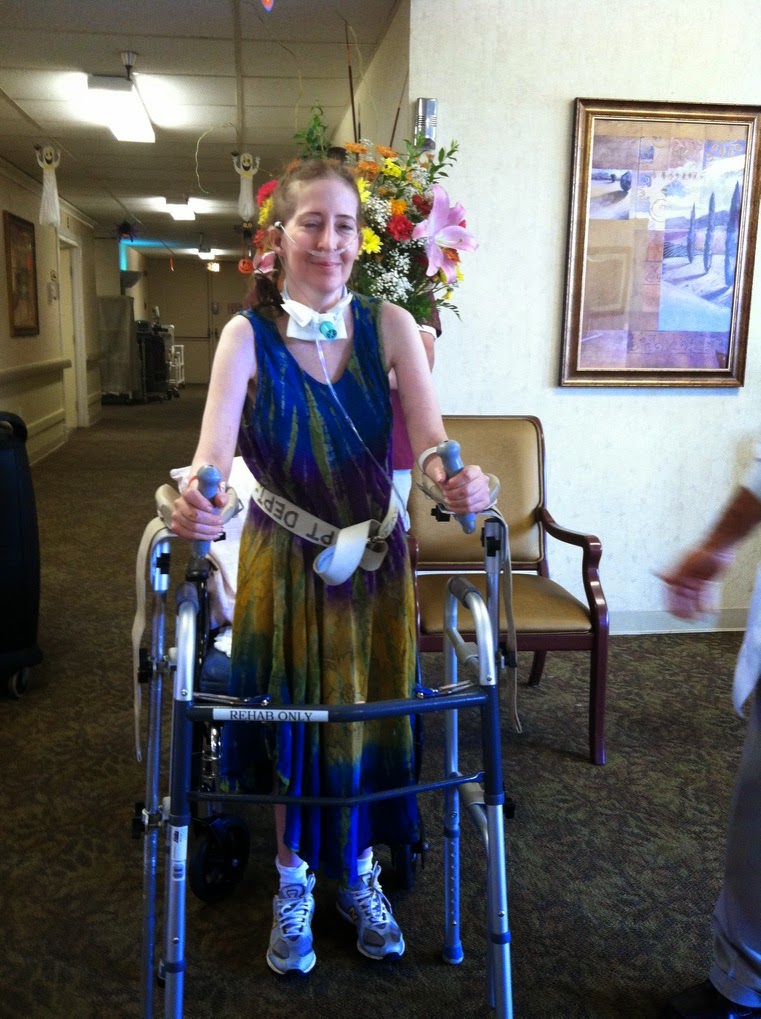 When I was a toddler, I had one of those laces with plastic beads that were probably choking hazards, since this was back in the Paleolithic Era. The end had become frayed, probably because I had chewed on it. I couldn't get the bead on and got so frustrated that I was red in the face. My mother attempted to help, but I held the lace tight and said, "Me do it!" Eventually, after much jabbing, I succeeded.

That personality trait has served me well during my recovery. But the opposite tendency often pulls many of us into a negative feedback loop.

Learning why you have a problem, whether it's physical or mental, can be freeing. Certainly, when I was diagnosed with dermatomyositis, that knowledge was crucial. Before the advent of prednisone, DM was often fatal. The treatment I received after the diagnosis arrested my muscle damage and allowed my skin and muscles to begin the healing process.

My ADHD, on the other hand, is a more complicated issue. I've known since childhood that I had a severe case of ADHD. And, I was re-diagnosed in adulthood. Though that knowledge has helped me to work toward mitigating some of the unfortunate tendencies brought about by ADHD, I've too often let it be an excuse that instead held me back from achieving as much as I could. I can't help it because... That knowledge can make you feel like you're fighting against overwhelming odds. This is not just my foible; I've seen this phenomenon in many other people. It's a universal human weakness.

But I think instead of looking at these very real circumstances as excuses, people (myself included) need to start seeing them as the enemy. "How dare you tell me that I can't_____(fill in the blank). I'll show you!"

I never gave walking too much thought until the ability was taken away from me. The stubborn, persistent toddler in me wasn't about to let my body tell me I couldn't do something I've done since I was that age. Me do it!

There are less dramatic ways to defy your body and do what it's telling you is impossible. Yeah, maybe you can't ride on a stationary bike (which is what I use) for an hour. But you can do it for a minute. If you increase that by a minute a week, in sixty weeks you'll be riding for an hour.

I'm starting to sound a bit like a self-help guru. Actually, I think self-help should be just that. And you don't have to pay $500 for a seminar or a video series for that. That's not self-help; it's just surrendering yourself to a huckster who is helping his or her self to your hard-earned money. No, you need to literally help yourself. And all it requires is that you tell your personal challenges, "Me do it!"
Posted by Unknown at 4:15 PM