I should've had a coma sooner! 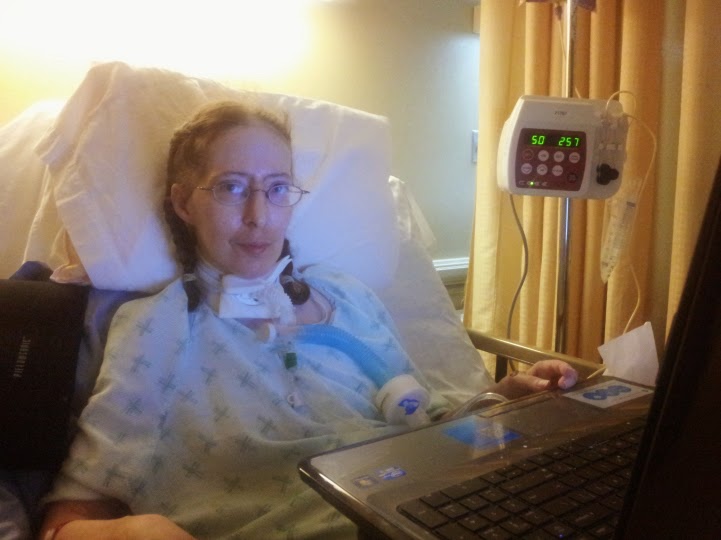 Yesterday, I learned that Free Inquiry wants to publish my essay, "Without a Prayer of a Chance." It will most likely appear in their October/November issue, which I'm guessing will come out in September, according to the standard practices of mass-market magazines--the so-called slicks.

As an aside, I just realized that this will be the third work I've had published in a slick. The first was also my first published work, which appeared in American Atheist Magazine. That was a satire of Pat Robertson's presidential campaign in the form of Psalm 23 called, "The Psalm of Pat Robertson." Yep, it was that long ago.

Yeah though I walk through the halls of Congress, I will fear no Democrats, for Thou art with me. Thy rod and my Chief of Staff will comfort me.


As you can see, I've been a skeptic and an atheist for a long time. And though I've only started writing non-fiction since my coma, many of my satirical short stories have had a skeptical slant. Of the stories featured by the New Short Fiction Series, which was then hosted by the Beverly Hills Library (but is now sponsored by the Pasadena Arts Council), only one of them wasn't really skeptical, the title story, "Zombies from the Vast Wasteland."

I guess you could argue that the one satirizing Santa Claus, "Santascam," doesn't count because most adults don't believe in him anymore. I stopped believing early, though. I was four when--sitting on Santa's lap--I looked up and noticed there was a gap between his beard and his face. The realization that his beard was fake shocked me to my little core. And if his beard was fake, then so was he. I further realized that this meant that not only was he a fake, but all the other Santas in all the other malls were also fake, as I put it to my mother. I don't know if I also wondered how could he be in all those malls at the same time, in the first place, but it seems like a logical inference. But then, I was only four.

I reported these observations to my mother in high dudgeon. I was outraged at this fraud! My mother was impressed by my logic. And since she had only been going along with an idea I picked up in nursery school (she was not only an agnostic, but Jewish, as well), she wasn't inclined to try to convince me otherwise. Instead, she told me that I was right, but I shouldn't tell the other kids at nursery school so I wouldn't spoil it for them.

Another story featured by the New Short Fiction Series was "Somebody's Gotta Do It." That was an imaginary interview with God conducted by an atheist. I've long taken the view that it was best to start at the top and work your way downward when submitting your work. Thus, I submitted the story to The New Yorker. I wasn't really expecting them to accept it, of course. Still, it was worth a shot. So, I wasn't exactly shocked when I received the manuscript back from them. What was surprising was that it had received a personal rejection. Even small magazines tend to give only form rejections. "Sorry and thanks. Try again," was what it said. Those are hardly effusive words, which were undoubtedly written by a slush pile reader. But whoever he or she was, a New Yorker slush pile reader! thanked me for my submission and told me to try again. A magazine like that is inundated with submissions, most of which are dreck. They don't ask you to submit again lightly. I was just starting out with my writing, and that was a huge inspiration for me. That told me I had some real talent.

It was my confidence in my writing ability that encouraged me to submit my work to Skeptical Inquirer and Free Inquiry, even though I had never written nonfiction before. Though I deliberately slanted "Covert Cognition: My So-Called Near-Death Experience" toward Skeptical Inquirer, I simply knew that "Without a Prayer of a Chance" was the sort of thing Free Inquiry tends to publish. So far, I'm two for two regarding my submissions to skeptical and humanist magazines. That's a far higher success rate than I've had with my fiction submissions. I like this nonfiction thing! Before my recent illnesses, I had no reason to branch out into nonfiction. I enjoy writing fiction enormously, but I love writing of any kind.

Among the numerous positive things that have come from my strokes and coma, you have to list that I'm now writing more now than ever. This blog is part of that creative flowering. And, I already have two works that will be coming out in mass-market publications in the next few months: My first article and my first essay. By the time both have appeared, a sizeable chunk of the skeptical community will know my story. I now have a whole new audience of like-minded individuals for my writing.

As I've been joking, I should've had a coma sooner!
Posted by Unknown at 5:00 PM