Silence is not always golden 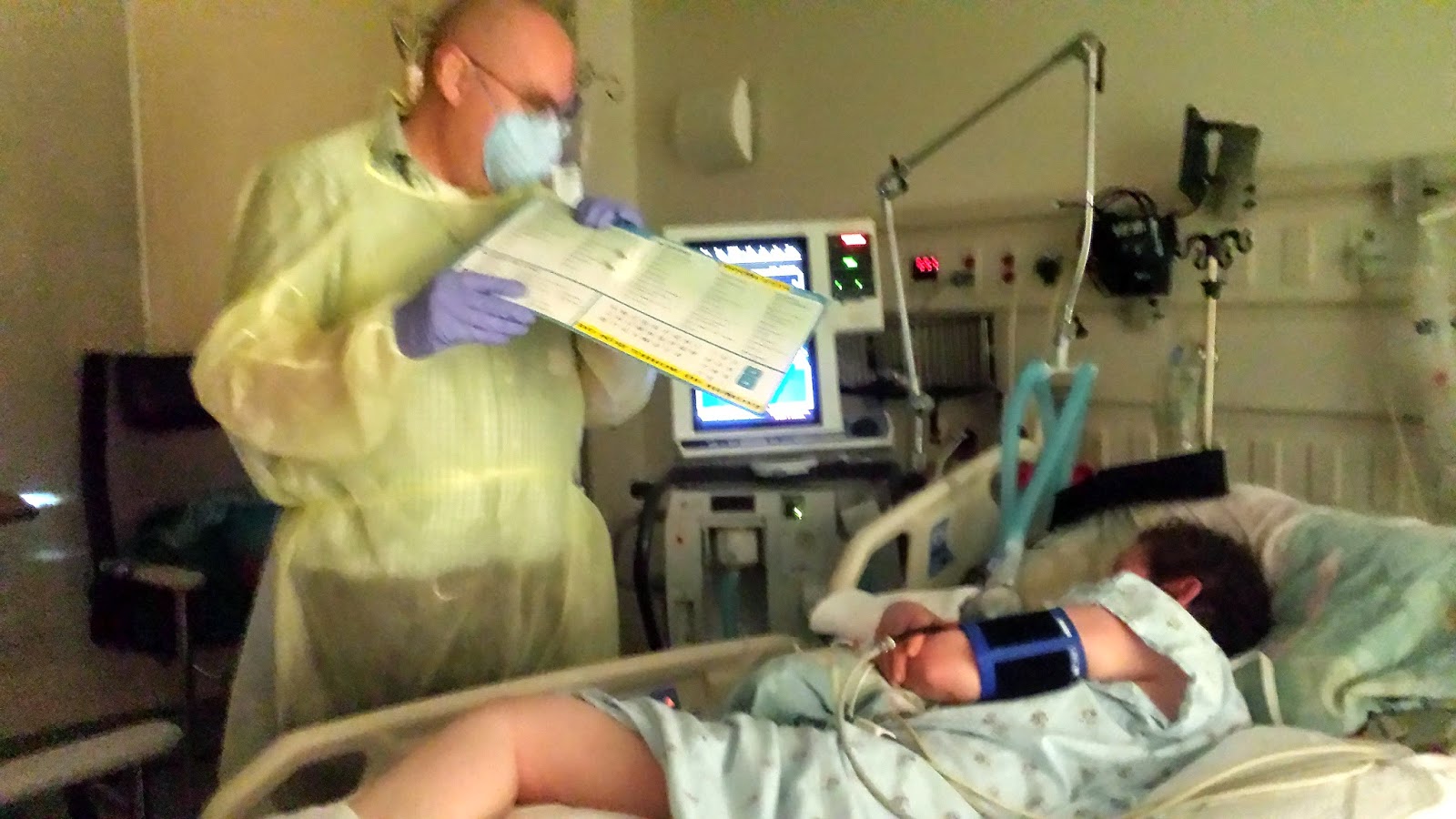 One thing that continues to puzzle me about the two times I had tubes down my throat that prevented me from talking: Why is it that the means to communicate weren't immediately provided to me? Surely I wasn't the first patient who ever wanted to express their wishes when they had a trach or were intubated. In my ICU room during my second bout of Legionnaires' disease, I had to write on a white board covered with smiley and frowny faces to indicate levels of pain and a simple alphabet for laboriously pointing to one letter at a time. I wrote on the margins because there was no room to request an extra pillow, ask a question, or answer a doctor's question, let alone communicate with loved ones. How can a person with ADHD--who talks at warp speed--express her thoughts one letter at a time? Still, that was an improvement over when I awoke from my coma with a tracheostomy tube in my throat.

That time, my loved ones had never had to face this kind of situation before. But what about the medical staff? Yes, I had trouble moving my hand after I awoke from the coma, but I could've managed some roughly scratched words. And yes, patients in my situation are often incapable of communication due to brain damage. But a woman I shared my room with in the nursing home was also recovering from a coma with her intellect intact. Her friend brought her a child's Magic Slate toy that she could clear by lifting the plastic cover sheet. I had to try innumerable times over a couple of days to mime writing with a pencil and paper before someone finally guessed what I wanted. No one in the nursing staff figured that we might want a way to convey our needs? Or express thoughts of any kind?

It's true that many people in the nursing home have trouble communicating due to Alzheimer's disease, but there were plenty of others who had no mental deficits. Shouldn't every mentally competent person who can't speak be handed an empty white board, or at least a pad of paper and a pen?

Maybe it has something to do with the dehumanization of patients. Or, maybe they can't complain because no one has provided the means to do it.
Posted by Unknown at 5:28 PM