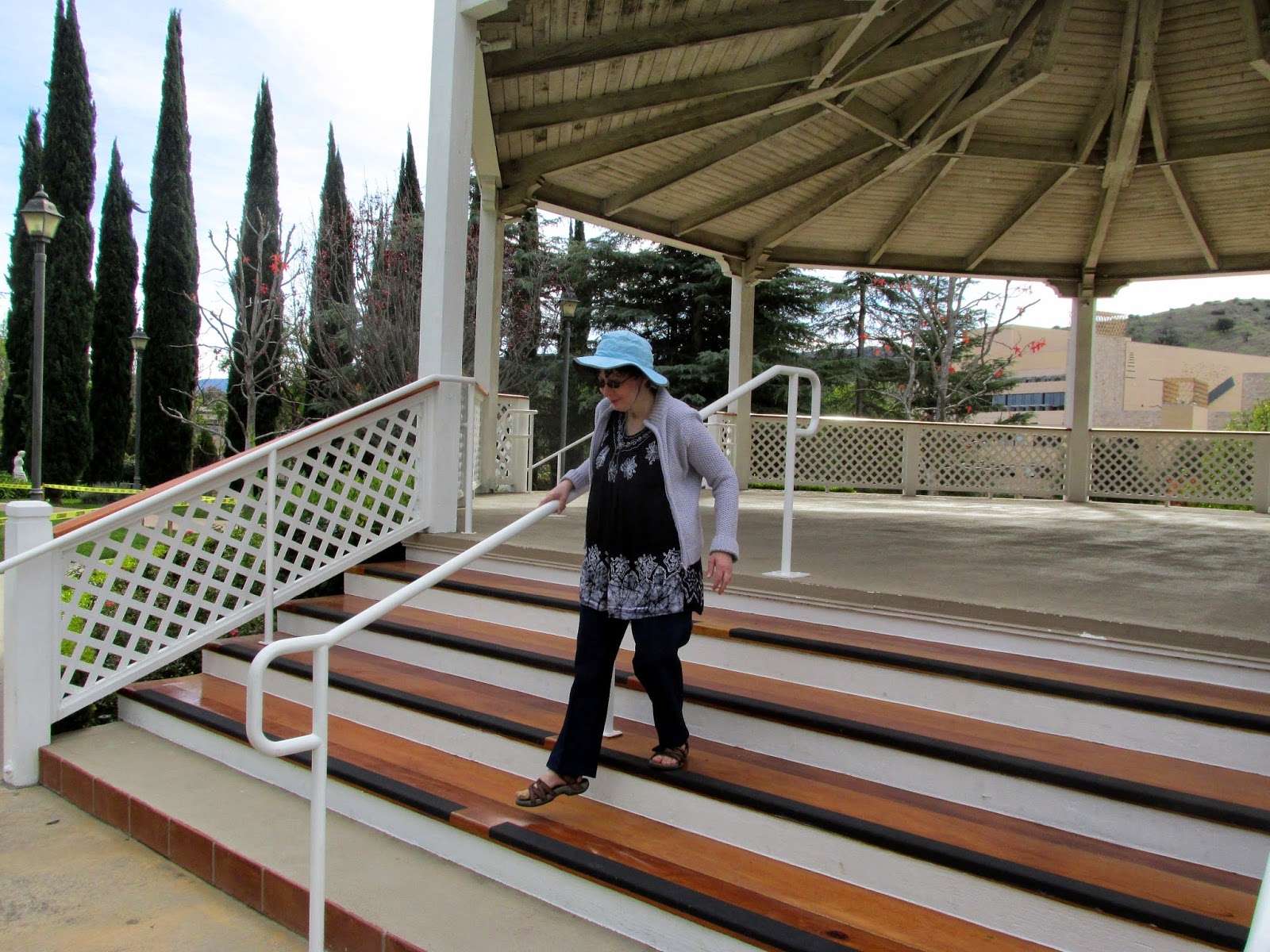 This photo was taken last Sunday during our weekly rehab walk. Until recently, I couldn't ascend or descent stairs, even a short flight like this one. I still need a railing, though.

From the beginning of my rehabilitation, much of my physical therapy has come from simply trying to do things I always took for granted. When I started to grow sprouts, for instance, I found it difficult to do without carrying the sprouts and the water containers to sink with both hands, so I started to walking the few feet to the sink without my walker or cane. Now I do it all the time, although I look a bit like Frankenstein testing out his newly grafted legs when I do it. My right leg continues to be weaker than my left leg, though I'm strongly right-handed (and right-legged).

According to my neurologist, this weakness is due to my six-week coma, not the multiple strokes on both sides of my brain. It could've been caused by something as simple as the way I was a lying during the coma. At any rate, my right leg has gotten quite a bit stronger, though it still feels slightly numb. And when I walk on it unaided, I come down on it heavily. Though I walk much more smoothly with a cane, I suspect that the short stints of walking unsupported has helped my right leg. When I was in the nursing home, the leg felt like it was a solid block of ice. And yet, I was also experiencing extremely painful spasms in the foot. I started asking my loved ones to massage the foot, which usually helped but sometimes made the spasms worse. The foot was both sensitive and numb. I was given some medicines to reduce the spasms and pain. I was already taking one of them, and the second drug may have helped a little. Eventually, I bought some vibrating slippers, and they eased the pain quite a bit. My neurologist thinks this may be because they distracted the nerves.

I still use the slippers now, though less and less frequently. Mostly, I'm using them for comfort when I'm sleeping because they're soothing. But I don't really need them anymore. The spasms are finally gone.
Posted by Unknown at 5:33 PM