I Was a Jewish Hitler in the 5th Grade 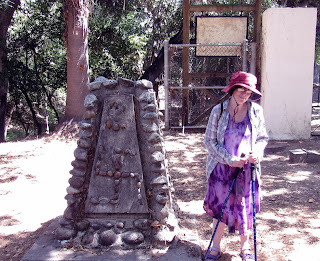 My latest post for the Secular Spectrum: I Was a Jewish Hitler in the 5th Grade.

No really, I was. I was given an assignment to profile a famous person in history class. I picked Hitler because I was curious about the Holocaust. I always picked subjects I was curious about for my book reports. If I had more consciousness about my heritage, I would already have known more than the bare essentials about the genocide of my people by the Nazis.

But it was my ADHD to blame when I missed the rest of the teacher's instructions. I heard the part about how we were supposed to write the report as the person we were profiling. The part I missed was when she said we had to read it out loud in class.

When it came time for us to read the reports, I was appalled. I went to the teacher and asked her if I could avoid readed my report. She refused. I then told her that my subject was Adolf Hitler. Still, she wouldn't let me avoid read it aloud. So, I got up in front of that class filled with fundamentalist Christians and pretended that I was Adolf Hitler, the man who murdered six million of my people.
Posted by Unknown at 8:46 AM