Theists: He opened up the rock and…something flowed out 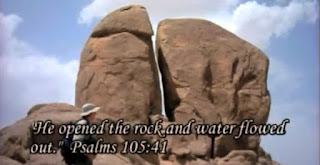 Miracle Girl: Theists: He opened up the rock and…something flowed out


When theists invade the Patheos Nonreligious sandbox it becomes a litterbox of nonsense. It's particularly confusing for me, as someone raised without religion.
For someone who writes about religion for a major atheist website, I don't really understand theists.
Posted by Unknown at 8:08 PM